Plant a tree in memory of Ronald
An environmentally-friendly option 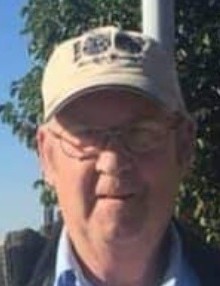 Ronald E. Taylor, age 74, of Chesaning, passed away at midnight on Monday, April 19, 2021, at Memorial Healthcare, Owosso.
Ronald was born August 21, 1946, the son of Edmund O. and Violet E. (Thiel) Taylor. He was raised in a Christian home, attending Zion Lutheran Church during his childhood and teenage years. Ronald graduated from Chesaning High School in 1965, and shortly after from Naval Station Great Lakes, serving in the Navy for a short time. He then was employed by GM until his retirement.
He married his beloved wife, Connie (Delmarter) Taylor, on September 21, 1974. She preceded him in death on September 2, 2020.
Ron was known as “The Ford Man” and had an extensive knowledge of Ford Motor Company history, as well as steam engine trains. He was a member of the Ford Club, attended numerous Ford sponsored events, and donated to Ford historical museums. He cherished trips to the Upper Peninsula with family members, visiting Ford sites, the big spring, waterfalls, touring old mines, and swimming in Lake Superior at Munising. One of his special memories was when he flew in the Ford Tri-Motor plane over Dayton, Ohio, in 2003. He also cherished time visiting and conversing with friends, family, and relatives.
Ron is survived by sister, Ardelle (Verne) Rodgers of Ovid; daughter, Christina (Mike) Matznick of Flushing; sons, Jonathan Taylor of Chesaning and David (Audra) Taylor of New Boston; and grandsons, Brandon Matznick, Spencer Matznick, and Greyson Taylor. He was predeceased by his parents, wife, and a granddaughter, Shelby Taylor.
Cremation has taken place. No service is planned at this time.
Online condolences may be sent to the family at misiukfuneralhome.com.

Plant a tree in memory of Ronald by clicking here.
To send flowers to Ronald's family, please visit our floral store.

A service summary is not available

Plant a tree in memory of Ronald
An environmentally-friendly option

Plant a tree in memory of Ronald

1 tree planted in memory of Ronald

Ron, you was a neighbor and a family. We did a lot along the way. You came over when my dad barbecued the best chickens. We rode in your first new car, the 1967 Fairlaine Gt. You came over and woke me up in the morning when my first new car came in at Felty-Moore Ford. The we took time off work and drove it to California. Your father took me to the Chesaning Argus, where he worked, to watch him set type for the daily newspaper. These memories will live on. You was always there. From the old cars you enjoyed to your favorite hobby of petting bumble bees. My deepest condolences to your family. You have left but you will always be here.

Our thoughts and prayers are with all of the family. So sorry for your loss. He will be missed by all of us at Mel Ervin Ford.

So sorry for your family’s loss. May the Angels carry Ronald home to Paradise. God bless you and your family.
Barbara and Arthur Hamann

A Memorial Tree was planted for Ronald E. Taylor

Plant a tree in memory of Ronald